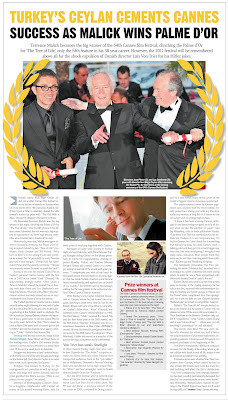 ''Turkish auteur Nuri Bilge Ceylan added yet another Cannes film festival honor to his line of awards on Sunday when his most recent effort, “Bir Zamanlar Anadolu’da” (Once Upon a Time in Anatolia), shared the 64th festival’s runner-up prize with “The Kid With a Bike,” directed by Belgium’s Dardenne brothers..''
http://www.todayszaman.com/news-244839-turkeys-ceylan-cements-cannes-success-as-malick-wins-palme-dor.html

The Grand Prix is a tie 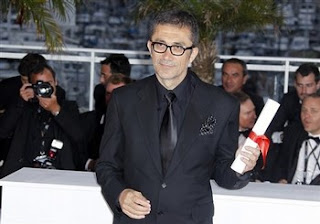 This year's Grand Prix went to two directors: Nuri Bilge Ceylan for Once Upon a Time in Anatolia and Jean-Pierre and Luc Dardenne for Le Gamin au Vélo (The Kid With a Bike).

Having received his award from Emir Kusturica, Nuri Bilge Ceylan said: "Thank you for bringing my film, which was difficult to make, to Cannes. It was screened on the last day of the Festival and I didn't think anyone would go and see it". 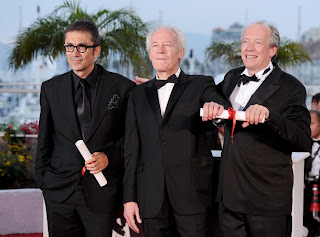 Pose at the Palme d'Or Winners Photocall at the Palais des Festivals during the 64th Cannes Film Festival on May 22, 2011 in Cannes, France.

“Once Upon a Time in Anatolia” will be shown in two press screenings, one at 7 p.m. at the Debussy and the other at 10:30 p.m. at the Bazin, on Friday. The film’s gala will take place Saturday at 3 p.m. at the Grand Theatre Lumiere, which will be preceded customarily by a red carpet session. Ahead of the gala, Ceylan and members of the film’s cast will be on hand at a press conference Saturday afternoon to field questions from critics and journalists.

Once Upon a Time in Anatolia Trailer


Once Upon a Time in Anatolia is scheduled to premiere in Competition at the 2011 Cannes Film Festival.