Directed and written by Yilmaz Erdogan 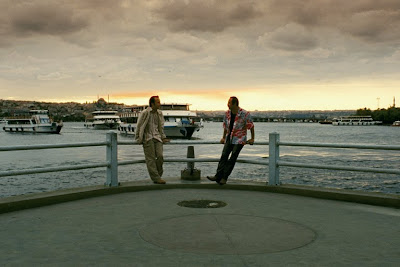 In the organized crime world of Istanbul, there are two kinds of people: The ones who take and the ones who are taken. Jobs are all organized – and unorganized – by the mob. When this is the case, even the all-mighty Superman gets the beating of his life when he comes to rescue Istanbul. Some people can save you when you are in need. The real question is, “Who is going to save you from those who save you?” 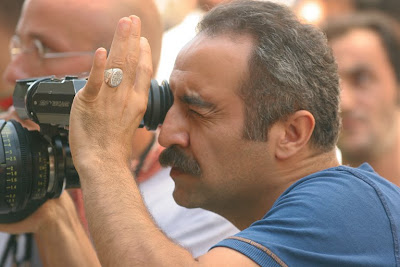 Director YILMAZ ERDOGAN:
Yilmaz Erdogan was born in Hakkari in 1968. In 1987, he dropped out of ITU Construction Faculty and joined Ferhan Sensoy's On Duty Theater Staff. A year later, he founded Guldusunduru Theater and put on stage "Sultan Kanuni Suleyman and Rambo" written and directed by him. The following years, he wrote many play scripts, including "Geregi Dusunuldu" (It's taken care of), a musical in Levent Kirca Theater, "Olacak o Kadar" (Got to be) TV series, and "Kadinlik Bizde Kalsin" (Let the womanhood stay with us) in Yasemin Yalcin Theater. In 1994 he founded BKM Actors with Necati Akpinar and wrote the play scripts of "Otogargara", "Cebimde Kelimeler" (Words in my pocket), "Sen Hic Atesbocegi Gordun mu?" (Have you ever seen a firefly?), "Bana Bir Seyhler Oluyor" (Some things happening to me), "Haybeden Gercekustu Ask" (An unreal love out of the blue), and the TV series "Bir Demet Tiyatro" (A bunch of theater).

In 2000, he has broken the box office record with his movie "Vizontele" with 3.5 million viewers for the first time in Turkey. As well as writing the script, he played one of the major characters in the movie. Three years later he filmed the second of the series "Vizontele Tuuba", followed by "Organize Isler" (Magic Carpet Ride) in 2005.