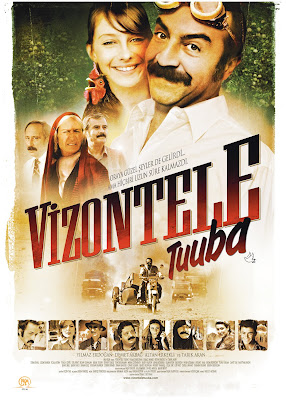 Vizontele Tuuba is a 2004 Turkish comedy-drama film, written and directed by Yılmaz Erdoğan, based on the writer-director's childhood memories of the last summer of his childhood in village in 1980. The film, which went on nationwide release on January 23, 2004 (2004-01-23), was a sequel to the highly successful Vizontele (2001). 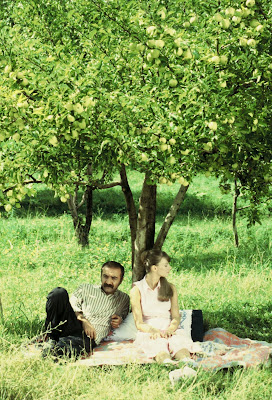 Guner Sernikli is a government official who, with his wife and their wheelchair bound daughter, has been assigned as the head librarian to this isolated province, virtually an exile since there is no library in the village. The family is warmly welcome, but these are the years of political anarchy and leftist/rightist clashes in big cities and the youth of the village inevitably follow the tides. They arrive in Vizontele, just as the situation is becoming really absurd. Guner brings wisdom; his daughter Tuba brings beauty, innocence and love. Some like the Mayor, Nazmi Dogan and crazy Emin appreciate these things but they are in the minority and confusion continues to reign. The story is based on the memories of writer-director Yılmaz Erdoğan of the last summer of his childhood in Hakkâri, Turkey in 1980.
at 09:05